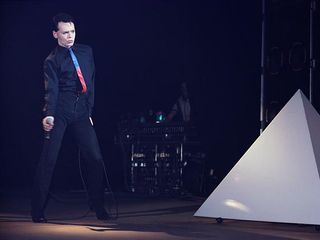 "I've got a real problem with nostalgia," confesses Gary Numan, but with his early hits being covered and reworked by artists ranging from The Sugababes to The Dead Weather, it's clear that today's musicians are keen to recognise his achievements.

Numan made his name as the driving force behind Tubeway Army, who scored a number 1 hit in 1979 with Are Friends Electric?. Solo success followed in 1980 with the release of Cars - another chart-topper.

Since then, his work has crossed genres, but despite expressing a desire to keep moving forward, Numan is proud of the part he's played in electronic music's development.

We caught up with Gary on the eve of his appearance at this weekend's Lovebox festival, discussing (among other things) his software studio, music piracy, celebrity fans and the current synth-pop revival.