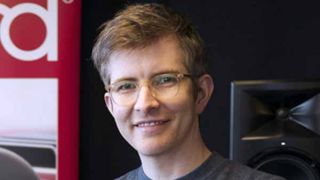 Music for All, charity of the UK musical instrument industry, is proud to announce Gareth Malone OBE has become one of their ambassadors. Learn To Play Day, which will be held on 21st March (and on Sunday 22nd March at some venues!), is the flagship event of the Music for All charity.

This national event invites the general public to participate at music stores and venues across the country to have a FREE ‘taster´ lesson on a musical instrument.

Gareth, well known for his reality television series such as The Choir and The Choir: Military Wives, became an Officer of the Order of the British Empire (OBE) in the 2012 Birthday Honours, for his services to music.

Of his appointment to Ambassador for the Music for All charity he said, “I was very lucky to grow up in a house full of singing which made me the musician I am today. Without having a piano in our house, that I could play at anytime, I wouldn´t be working in music now. The work that Music for All do is very important in helping the next generation of musicians realise their potential.”

The fourth Learn To Play Day, the biggest ever, is expected to provide more than 10,000 FREE lessons, delivered by qualified teachers, on a range of instruments all over the UK. Music for All and Gareth Malone share a common goal: both strive to get people involved with music and the joy it can create.

Learn To Play Day offers the perfect way to start or get back into music.

Take the first step and be inspired at national Learn To Play Day on 21st and 22nd March 2015.

Full details of the event and all participating venues can be found at www.learntoplayday.com