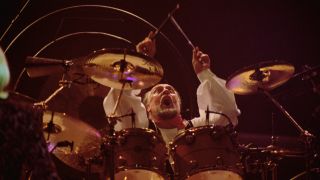 Featuring three new tracks by Lindsey Buckhingham - Sad Angel, It Takes Time and Miss Fantasy - as well as Without You, a re-worked version of a song co-written alongside Stevie Nicks as part of Buckingham Nicks, Extended Play lands as the band are halfway through a North American tour and is the Mac's first release since 2003's Say You Will.

The band are heading to the UK in September, with their UK tour beginning in Dublin on 20 September. Details of the tour are below, and fans can purchase tickets via Ticketmaster.