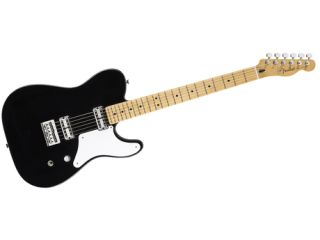 It proved popular; a hit with players in general and winner of our 2011 electric guitar of the year accolade.

Now Fender has unveiled an even more attainable incarnation - expected to have a street price of less than £500. The model packs a pair of new Fideli'Tron Humbuckers (rather than TV Jones Classic Filter'Trons), while maintaining the single volume control and distinctive, minimal design of the hotrod original.

Interestingly, at such an affordable street price, this new, Mexican-made Cabronita is likely to compete directly with the popular homebrew build-your-own La Cabronita market, which sprang up as a result of the ultra-cool Custom Shop original's desirability.

The new Fender Cabronita is available in black, three-colour sunburst and white blonde. Check out the full specifications from Fender.