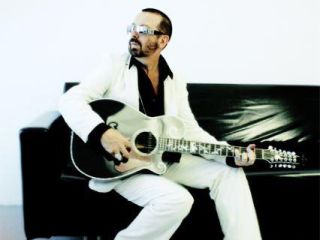 Dave Stewart: he's got a Little Something for you.

Musicians are known for endorsing all kinds of things, but as far as we know, former Eurythmic Dave Stewart is the first to put his name to a range of vibrators.

Working in collaboration with JimmyJane, he's created special editions of the Little Something model, and also written a song called Let's Do It Again. This will be offered as a free download to anyone who buys one of the vibrators.

"The project is a multi-faceted mashup of design, luxury, sex and music," says JimmyJane. As part of the 'project' Stewart has also created a "provocative video" - this can be watched in full on the JimmyJane website, while an abridged version has been posted on YouTube.

Who said romance was dead?