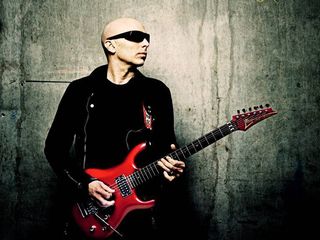 Coldplay's record label, EMI / Parlophone, have forced YouTube to take down the original video that mashes-up Coldplay's Viva La Vida and Joe Satriani's If I Could Fly.

The video recently became a focal point for music fans debating whether Coldplay had plagiarised Satriani. Joe Satriani is now taking legal action against Coldplay, as previously reported on Musicradar.

It's not clear exactly why EMI have taken this action now. But two possible reasons are:

1. EMI could be genuinely upset at Coldplay's music being used without authorisation. Although many other unauthorised videos appropriating Coldplay's music and image remain onYouTube, such as this parody of Coldplay's The Scientist.

2. EMI are concerned that the video comparing the two songs is prejudicial to any legal action the band now face.

Videos/audios for the two songs as separate entities remain on YouTube.

Joe Satriani's If I Could Fly.

And another partial Satriani Coldplay mashup is still online.