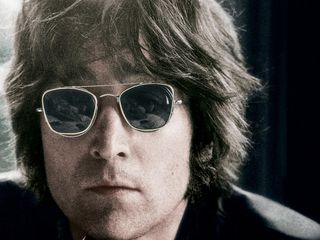 A cassette taped featuring a publicly unaired recording of John Lennon covering Lloyd Price's Just Because in autumn 1973 has sold for $30,000 at an auction in Los Angeles.

The six-minute recording was made during the former Beatle's infamous 'lost weekend' period. According to the Bonhams and Butterfields auction listing, "The background band speeds up or slows down, trying to keep up with him until a male voice finally calls an end to the session."

An inebriated Lennon can apparently be heard improvising lyrics including: "Just a little cocaine will set me right… Wanna take all them new singers, Carol and the other one with the nipples, I wanna take 'em and hold 'em tight."

The identities of the seller and the winning bidder are yet to be revealed. A rather more coherent version of Just Because featured on Lennon's 1975 covers album, Rock 'n' Roll: