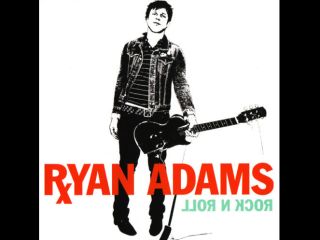 Rock N Roll: paid for off the back of Nirvana royalties?

Courtney Love is no stranger to feuds with fellow musicians, and her MySpace blog is a frequently entertaining, if somewhat rambling insight into life in the Love universe.

"i was sitting with some people going thru the 29 american express cards that i didnt know existed that were connected to a few HUNDRED bank accounts,and there were all the bills for Ryan Adams worst record and one of the worst records i can think of in rock and roll history ironically called"Riock and Roll " and it was paid for by ME and mostly by my child…here on Amex 28 is the entire invoice for Ryan- your ENTIRE album and meals and drugs and Hotels and outboard gear and wasted fabullous guitars STRAIGHT OUT OF FRANCES"S TRUST FUND"

Fast-forward to 21 July 2008 and Love's original blog has been removed from her MySpace page, while a new post merely alludes to the aforementioned card receipts. Courtney writes: "Anyway, yeah, I put those amex xerox' in the post... I doubt much will happen but it's pretty gruesome to me that an artist would knowingly rip another one."

If true, it's gruesome indeed. Does this mean that Kurt Cobain has posthumously financed a Ryan Adams album? How would he feel about that? Surely he would have rather coughed up thousands of bucks towards the far superior Heartbreaker or Gold LPs?

Ryan Adams is yet to issue any kind of response to Courtney's allegations. The wonder of the internet means that you can read much of her original blog here on Gawker.com.