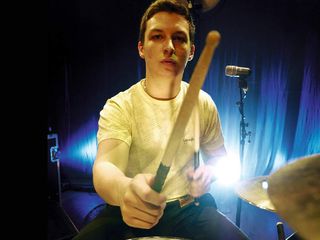 Arctic Monkeys drummer Matt Helders has had a swipe at The Ting Tings, commenting on their win at 2009's Ivor Novello Awards in May.

The Ting Tings won the Best Album prize at the 2009 awards for their debut album We Started Nothing, the same gong won by Arctic Monkeys in 2007 for their debut Whatever People Say I Am, That's What I'm Not.

But the Monkeys drummer says The Ting Tings' triumph has tarnished the ceremony.

Helder says: "The Ivor Novello awards used to feel like the most meaningful ones but I think they've been cheapened. I don't want to be horrible to The Ting Tings, but they won it and it's supposed to be for songwriting. There's a lot better songwriting ability out there."

He doesn't want to be horrible about The Ting Tings? But I think he just has been.