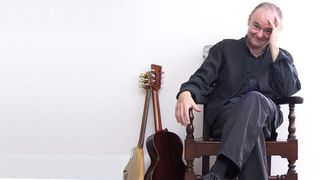 Guitarists can also take part in a fingerstyle masterclass with Legg

Adrian Legg is headed to Bath this Saturday 7 December for a unique concert.

The guitarist, whose distinctive, beguiling style defies categorisation - and will have many guitarists asking themselves how he achieves the sounds he does - will be playing at The Stable, The American Museum, Claverton Manor, Bath.

Alongside the performance, Legg is also running a fingerstyle workshop during the day.

The event is being put on by the ICIA and the University of Bath, and tickets for both the workshop and the evening gig are available direct from the official event page.

To get a glimpse of what might be in store on the night, check out the video below: