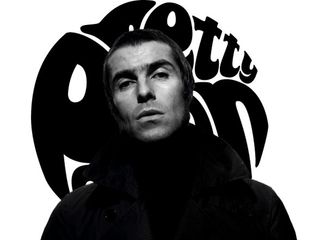 Oasis's singer Liam Gallagher is launching his own clothing line.

Yes, the sometimes 'inventively'-attired singer has unveiled his fashion plans on the website of his new label Pretty Green, named after a song by The Jam.

Says Liam: "The reason I'm doing it is I like clothes. We're going to do clothes I like, if people like it cool. If they don't, they don't."

Gallagher is none too impressed by the sort of clothes worn by younger rock stars.

He adds: "I'm not into the skinny look. These skinny things. That's what I'm here for, to fucking get rid of that shit.

"You know them shoes that just come at you like a fucking snooker cue?! It's like, leave it out man! You got a license for them bastards or what?!"

Liam Gallagher is hardly the first music star to venture into the world of clothing. If he's going to do well, he's up against…

The Edun clothing company was formed by Bono and his wife Ali Hewson. All fair-trade clobber, but they don't seem to sell stack-heeled shoes. No profit line on the horizon for those?

The Guns N' Roses / Velvet Revolver drummer's music might not be suave, but his Sorum Noce suits are pretty sharp. And he saves money by hiring bandmates Duff McKagan and Slash as models.

Kiss's tail-tongued mastermind has his own clobber company, called Moneybag. "This Italian Calfskin wallet should always, always, always, be full of cash. And Gene agrees," says his website. Hmm, we might take a hat.

Timberlake's wares succeeded in "capturing the soul of authentic Southern heritage and married it with the edge of contemporary Hollywood". So, he wants you to dress like The Eagles?

Avenged Sevenfold's rhythm guitarist has his own brand of t-shirts, hoodies and accessories called Vengeance University. Most bear the tag: "Est. 6661". Which means he's quoting the 'number of the beast', or this clothing doesn't actually exist for another 4653 years?

The Good Charlotte brothers once sang negatively about Lifestyles Of The Rich And Famous. But since 2005 their DCMA clothing line has been a hit with the rich and famous, including Benji's sometime-girlfriend Paris Hilton. Rich, famous, whatever…

The world's most self-assured man sells his own shoes, glasses and accessories lines. But if you buy Kanye's sneakers by Louis Vuitton, just make sure you live like him. "I hire someone specially to take care of my shoes," says West. "They clean them, box them and take a picture of them so it's easier to find them." Kanye clearly has a tough life.

Shawn Carter is a true entrepreneur, and sold his Rocawear business in 2007 for a tidy $204million. These, by the way, are not his 'sweet cheeks' pictured.

Sean Combs' Sean John clothing and fragrance line is hugely popular now and worth multi-millions. But MusicRadar does question the name of his recent fragrance.
Q: "Mmm, what are you wearing honey?"
A: "It's Unforgiveable".
Result?: Lady makes quick exit.

Whose clobber would you wear?