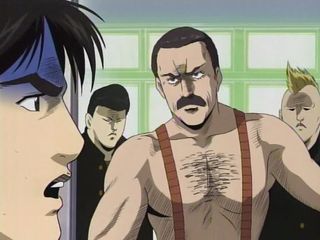 Back at the start of 2009 MusicRadar brought you a random collection of weird facts and trivia. We called it 101 facts you never knew about music.

Did you know that Freddie Mercury turned up in a Japanese anime/manga cartoon? Why Tina Turner is officially scary? Or why Eminem has a link to snooker?

Maybe you did, you smart bunnies. But MusicRadar now has more trivial (yet fascinating) facts to baffle you. Read on for…

Little Boots: but she's not wearing boots at all?

3. George Harrison was the first Beatle to have a solo number one on both sides of the Atlantic, with My Sweet Lord.

4. Hey Jude was the first Beatles single to be released on their Apple label.

5. In the same song, you can hear John Lennon swearing in the background as he misses a chord, if you listen very carefully.

6. New Order lost money on each copy sold of the 12-inch single Blue Monday due to the expensive packaging and artwork. Bad business, as it was the best-selling 12-inch single ever.

New Order's Blue Monday 12-inch. Whenever they sold a copy, they actually got poorer

7. Eminem's My Name Is samples Labi Siffre's song I Got The. Which makes the bassist sampled on My Name Is one Dave Peacock of Chas And Dave. Now that's truly snooker loopy.

8. Most of the sounds on Prince's Sign O' The Times single came from the stock library that shipped with the pioneering '80s sampler, the Fairlight CMI.

9. In the 2003 Japanese anime/manga cartoon Cromartie High, the student character of フレディ (Furedi) is a tribute to Queen's Freddie Mercury. Furedi never speaks, but does sing. The bottom of Furedi's microphone stand is truncated, just like Mercury's was in Queen.

10. When he was 17, John 'Ozzy' Osbourne applied to join the British Army. They unsurprisingly decided he would not make a soldier, and declined.

11. The first album to sell a million CD copies was Brothers In Arms by Dire Straits.

15. Yamaha's DX7 can only send data on MIDI channel 1 - it was released just before the full MIDI spec was completed.

Yamaha's lauded DX7. Only half finished?

16. Early in 2009, Sly Stone is reported to have made a brief stage appearance with George Clinton while dressed in a child's Spider-Man costume.

17. Posh popsters Keane occasionally perform a live 'mash-up' of Christina Aguilera's Dirrty and Destiny's Child's Bootylicious. They call it Dirrtylicious. How funky are they?

18. Electric piano legend Harold Rhodes created his first instrument during World War II. Known as the Army Air Corps piano, it was designed for injured servicemen to play in bed.

Johnny Cash: not even arrest could arrest his output

20. The first week of February is an unlucky week for old-time pop artistes. Those who died in that week include Karen Carpenter, Buddy Holly, Bill Haley, Del Shannon and Carl Wilson of The Beach Boys.

21. Tupac Shakur was arrested eight times before he was 20 years old.

23. Elvis Presley had almost twice as many American top 40 hits as anyone else with a massive 114. Elton John is second with 59.

24. Gloucestershire Airport in the west of England used to blast out Tina Turner songs on its runways to scare birds away.

25. Aretha Franklin had two children before she was 17.

Liked this? Then try:
101 facts you never knew about music
The 10 guitars that changed music
33 insane facts about Chinese Democracy