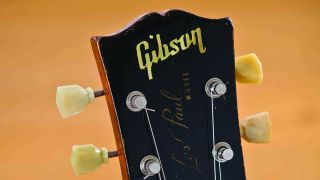 Gibson has issued a response to reports that it is running out of time to clear its debts, in which it sketches out a rosier picture for the future of the company, though it seems that some of its current brands may well end up leaving the group or disappearing entirely.

Claiming it has “met all current obligations to the bondholders”, the company intends to further “focus its Philips brand consumer audio business on those products that have greater growth potential”.

It also states that Gibson plans on “eliminating product segments that do not perform to our expectations and have little upside in the future.”

This echoes the end to development of the Gibson-owned Cakewalk music software at the end of last year.

Nonetheless, this strategy will “lead to the best financial results the company has seen in its history within the next year,” Gibson states, “and an ability to pay back the company's debt in whole within several years.”

“Get back to the financial success we had”

CEO Henry Juszkiewicz detailed the plans further, stating, “We have been monetizing assets like stock holdings, real property and business segments that could not achieve the level of success we expected.

“By monetizing these assets, we can reduce debt and generate funds to contribute to business segments that are thriving. It is important to our business to get back to the financial success we had to achieve the best financial terms in the refinancing of our company.”

Suffice to say, we’ll be watching the company’s next moves with interest.