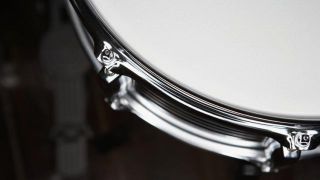 It was last week revealed that Chad Smith and Will Ferrell are to face off with a highly anticipated drum battle, but the pair aren't the first to duke it out behind the kit, y'know.

Nope, there's been plenty of drummer vs drummer duels down the years. Will Smith vs Ferrell match up to any of these?

The classic. Two all two greats get behind the kit and do battle. Captivating viewing.

Technique galore and a little humour as well from this Meinl Drum Festival clip.

And the Godsmak duo aren't the only pair from the same band to dive into a drum battle. How's about this from Lars Ulrich and James Hetfield?

We love metal drumming. We love gospel chops. But which is better? There's only one way to find out…