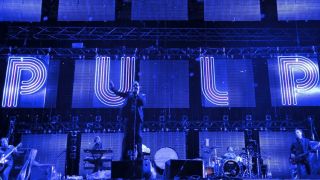 Pulp drummer Nick Banks has admitted that he didn't think Common People would become a smash hit when he first heard it - in fact he thought it was 'tuneless dirge.'

Discussing the track with 5 Live Breakfast, Banks was asked if he always knew the song would be successful. He said: "Not particularly, no. It sounded like a bit of a tuneless dirge at first, to be honest. Jarvis came to the rehearsal room with a rubbish C6 cassette of him alone in his bedroom playing the song on a Casio thing and saidhe had this song or us to work on and we thought, 'What a load of rubbish.'

It seems the finished thing turned out okay though, as it has just been named by 6 Music listeners as the greatest ever Britpop song, beating The Verve's Bittersweet Symphony and 'Don't Like Back in Anger' by Oasis into second and third place respectively.