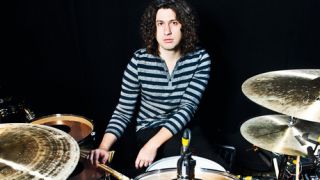 'Daydream' is the first official music video to be released off Exhibit A, The New Regime's third studio project and first release in Rubin's "Exhibits" series, which was released worldwide on 7 May 2013.

You can purchase Exhibit A on iTunes here.

On the music video for 'Daydream', Rubin says, "The lyrics to 'Daydream' describe a place where nothing seems real and life doesn't seem to move forward. Without trying to put literal images to these lyrics, we wanted to find a real place that looked unlike anything else." He continues, "We went to the Salton Sea and surrounding areas which looked like they had been abandoned ages ago and had a fun and filthy time shooting over two days. The result, the 'Daydream' video."

Exhibit A is an exploration of dynamics. Its eight songs are a mix of organic sounds and electronics. "'Daydream' is a song that displays a lot of stylistic themes found on 'Exhibit A,' says Rubin, "It started in its most simplistic form on an acoustic guitar with a lead vocal, but I wanted to transform it into an organic sounding, electronic hybrid." He continues, "Lyrically a lot of the songs on 'Exhibit A' are meant to paint a picture for the listener rather than tell a story and I think that comes across well in 'Daydream.'"