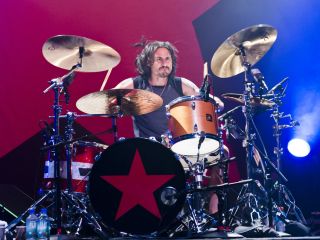 Rage Against The Machine may have already played their final ever show together, according to drummer Brad Wilk.

The band last performed at the LA Rising festival in 2011, and Wilk believes that may be all she wrote for the pioneering rap metallers.

He told Pulse of Radio: "As far as I know, we played our last show at the Coliseum - and if that was our last show, that's a good way to go out.

"I sort of had to put it in my head that that band is over in order for me to just move on with my life, to be honest with you, so that's kind of where that lies."