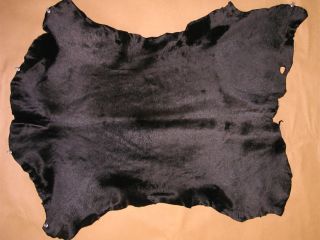 A Spanish musician who builds and plays his own drums has contracted anthrax by inhaling spores from imported animal hides. The unnamed drummer is said to be "critical but stable" in a London (UK) hospital.

The process of removing animal hairs in preparation for drum skin use is thought to put people at the highest risk of catching the disease. The Guardian probed Professor Nigel Lightfoot of the Health Protection Agency for more details: "This patient makes and then plays animal skin drums for a living. It is through making these drums that exposure to and inhalation of anthrax spores on an imported animal hide has taken place."

The last reported case occurred in Scotland in 2006, where a drum maker contracted anthrax under similar circumstances. Professor Lightfoot continued to highlight the dangers: "It is important that anyone who makes drums from imported animal hides is aware of this risk and knows about the symptoms of anthrax."

Playing an imported drum is still relatively safe. The popularity of African-style drumming has increased in recent years and yet there has only ever been one reported case of cutaneous (skin) anthrax associated with a goat hide bongo from Haiti in 1974.