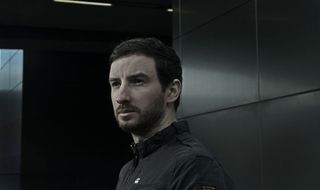 DJ EXPO 2014: DJ, remixer and music producer Max Cooper knows a thing or two about how to keep a dance floor happy. Almost a permanent feature in Resident Advisor's list of top DJs, Cooper has released a slew of electronic EPs. Recently he added a full length showcase called Human, which has been garnering rave reviews and fans across the globe.

We spoke to Max for DJ Expo 2014 to discover his working process in the studio and DJ booth, and to figure out how being a producer has influenced his approach to DJing.

Many people rave about your live sets. What are your pointers for working a room?

"I guess it's useful to turn up a bit before you're due to play and see who's playing before you. At a basic level, it's handy to see what kind of stuff they're playing and if people are liking it.

"The other thing is that the energy of the person playing before you is important. If they're playing real high energy, 170bpm gabber, you're not going to play deep house because people's sensitivity is very much affected by the intensity of the music. It's important to check it out in order to see what level of intensity you need to start playing at to make your set work.

"Another pointer is the sound system. Certain sound systems work better with certain types of music, so you need to know what types of sound system will work for your music. With my productions, they work better on high-end systems like the Function 1 or Void Audio systems.

"If it's a more low-end system, my productions tend to struggle because they are quite bass heavy and with a lot of detail. In those instances, I might play stuff that's a bit more housey and traditional 4/4 tracks that generally have louder drums and more emphasis on the percussion. Again, it's useful to understand the difference between the music in your box and what will and won't work on certain systems."

"No, I don't think they're essential at all. There are people doing great things with vinyls without any digital input or manipulation. They're definitely useful creative tools, and they open up a lot of doors giving you access to more loops, controls and effects, but it's equally important not to drown in all those options.

"I've always found that it's better to keep things simple and get the most out of it rather than trying to do everything."

What's your gear setup these days?

"Starting with the mixer, I often use a Pioneer DJM 800 or 900 with Pioneer CDJ2000s. They're solid bits of kit and nice to use. I used to play vinyls but the fact is, travelling with loads of vinyls is not a fun thing to do. A couple of years back I made the transition to playing entirely off CDs. I use USB now but I haven't made the complete move to USB because I like to draw little pictures on my CDs to remind me what's what.

"One of the great things about vinyl is that you can flick through all the covers and each one has its own character, so I try and employ that technique by drawing random things on my CDs with magic markers to try and give the music on the CD some physical identity, which I can then associate with when I'm trying to pick exactly the write track at any point in time during a set.

"So that's the basic setup, but I usually use a laptop with Ableton Live, an Akai APC40, and an iPad with Liine's Lemur app. That's the same kit I use for my live sets, too, but at the moment my live and DJ sets seem to be merging. I'm ok with that, though, as it's about getting the best out of myself and creating the best experience I can."

How are you using the Akai APC40?

"You can be holding on to ten different parameters and manipulating them all simultaneously, which allows you to get some complex effects happening. I've only scratched the surface of the creative possibilities the Lemur offers."

When it comes to the length of your DJ sets, what's your preference?

"Lately I seem to have been playing a lot of really long sets. A lot of four-hour sets, and I played a six-hour set in Paris recently. That's great as it gives me the flexibility to play the DJ stuff and also some live music.

"The longer sets give me time to explore possibilities and if something's not working, it gives me time to develop it into something new and find a good level of interaction between me and the audience; what they like and don't like, and going through different ideas. The best nights happen when you get that connection with the crowd."

Do you pre-plan your sets?

"No. I always set up my live sets like that, too. I've made something like 200 tracks, so I have my Ableton setup so that I can easily access any of those in any order. With my DJ sets I like to experiment and interact with the crowd, so I'll turn up, see whose playing before me, what the sound system is like, what country it's in, and lots of other different factors that need to be taken into account. Then it's a question of using my experience to figure out what will work with that crowd."

How does being a producer inform your work as a DJ and vice versa?

"There's a massive impact from the DJ side into the music producer side. I was DJing for about eight years before I started writing any music and that gave me a strong understanding of what works in clubs and what doesn't, as well as how to structure things and arrangements. I've had producers say to me in the past that they really struggle with arrangements, but if you're used to DJing you don't even have to think about arrangements. Instead you just think, 'How would this sound if was playing in a club?' You have an instinct for whether a part is too long and if people might get bored during it. The arranging side comes naturally if you've been a DJ.

"In terms of how music production affects the DJ side of things, I think having the capacity to do all these extra - more complex types of effects, glitchy things and having more control over the tracks - has fed back into my DJ sets.

"I don't particularly like playing strictly DJ sets any more as it can feel a little like one of my arms has been chopped off, creatively. Producing my own music has definitely made me experiment more as a DJ. It's pushed me to try and find more unusual things rather than just being a pure DJ who wants to entertain people."

Lastly, any tips for DJ etiquette?

"I always think about who is playing after me and try to leave my sets on a nice lever for them to start out from. My last track will often be something quite down-tempo and ambient - I don't like finishing on a huge track unless I'm playing last.

"It's also important to finish on time so that you're not running into someone else's set time, which is general etiquette unless the promoter tells you in advance to play as long as you want. Another good tip is that I've now managed to get the gear for my DJ sets down to hand luggage only, because it means there's no chance it will go missing in the airport baggage system."