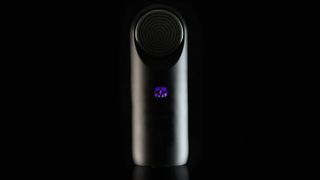 Aston Microphones, the award-winning UK firm, has taken the wraps off of the design and form factor of its forthcoming Element Mic.

The mic, which is being honed through Project Element, a series of user panel votes comparing prototypes with a range of established competitors, is also now ready for its second round of testing.

The existing Element prototypes have been revoiced for round 2, after more than 2000 musicians, engineers and producers had their say, providing the Aston design team with more than 36,000 data-points, but it's not too late to get involved.

Aston is offering several incentives to attract you to the fold. These include a discount of 25% off a special limited-edition Element mic, a certificate of participation, a letter of thanks from CEO James Young and limited edition stickers and pin badge.