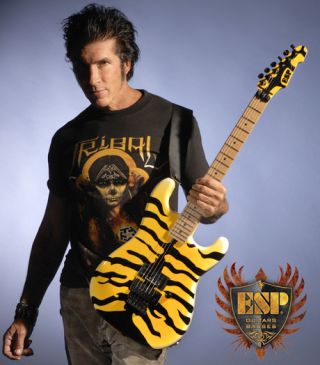 'Amazing news for all you shredders out there - 'Mr Scary' himself, the incredible George Lynch, will be making an in-store appearance at Rattle And Drum Music on Saturday 30 October!

'World renowned as both a virtuoso solo guitarist and a member of Lynch Mob and Dokken, George is in the area for a one-off show at Nottingham's Firefest Festival, and this is his only in-store appearance in the UK. He will be in the shop between 2pm and 4pm to show off some off his incredible licks and meet and greet you all.

'As an ESP endorsee he will be demoing some of their fantastic guitars including his own signature models - a great opportunity to get hold of one that's been played by the man himself!

'Entry is free but if the shop gets too manic we will have to limit numbers so get here early to avoid disappointment!'