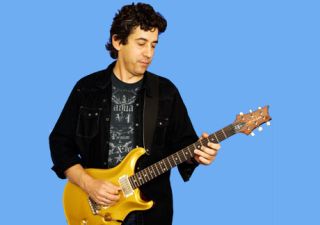 Our regular weekly feature in which we'll share our pick of the guitar wonders You Tube has to offer. This week: David Grissom.

Grissom made his reputation as a hot session guitarist for the likes of Joe Ely and John Mellencamp, and has released a couple of solo albums too. A noted player of PRS guitars, his signature model - the DGT - is amongst that company's nicest designs, which is saying something.

Although the clip is obviously taken from the end section of a tuition video, this proves just how good he is. What feel and what a tone!