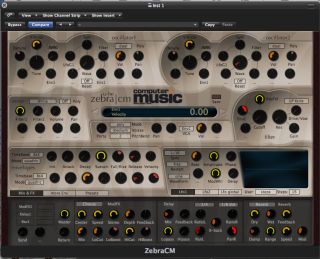 When you fire up a synth for the first time, it's inevitable that you'll attempt to get an idea of its capabilities by playing some of the presets. However, if this is all you ever do and you never attempt to program any custom sounds of your own, you'll be missing out.

Synth programming can be daunting if you've never done it before, so here are eight handy tips to help you get started.

1. Think before you act

Even the most basic subtractive synth can be a deceptively involved instrument to program. Synthesisers welcome experimentation, but very often it can be helpful to take a step back and consider how a sound you want to program would be constructed before you actually start doing it.

As a square wave has a hollow tone, it makes a good starting point for synthesising woodwind-like instruments, for example, whereas a saw wave has a much smoother tone, which makes it particularly good for emulating string-like instruments.

Another thing to consider might be how the tone of the instrument changes over time, and how you can make that happen with the filter and filter envelope sections.

Acoustic instruments and sounds in nature aren't static things - they tend to shift, dance around and evolve continually. If you loop a single wave from a recording of a human voice, a string instrument, or even an analogue synth, you tend to get an unnaturally colder, synthetic-sounding result, which may or may not be what you're looking for.

It's always worth thinking about ways in which you can add subtle, natural movement to your synthesised sounds. One of the most effective it is to set your synth's LFOs up to modulate parameters like oscillator pitch, filter cutoff and pulse width modulation.

Another good way to add depth and richness to your synth patches is to use multiple oscillators slightly detuned against each other. If you were making a two-oscillator string sound, say, you might choose to detune one oscillator up 5 cents, and the other down 5 cents.

For even thicker sounds - especially big trance-style synth chords - you could use more oscillators and a greater range of detuning. Some synths offer a unison mode, which multiplies the number of voices your synth uses for each note and enables you to choose the degree of detuning.

Coarse detuning can be used to add even more thickness to your synth sounds, as well as creating interesting melodic effects. The simplest way to add weight to a synth sound is to add an oscillator and tune it down an octave (-12 semitones). Many synths also feature a dedicated sub-oscillator for adding a simple tone tuned, typically, an octave or two down.

Tuning an oscillator up +7 semitones gives the classic open fifth sound. This can be very effective with lead sounds and pads, particularly when playing big chords.

You can make your patches much more expressive and organic by assigning synth parameters to the various MIDI controllers sent out by your keyboard. Vangelis' legendary Blade Runner and Chariots of Fire soundtracks featured some highly expressive synth sounds, courtesy of the Yamaha CS80. That synth was famous for its polyphonic aftertouch, which gave the player very expressive fingertip control over parameters like cutoff frequency on sustained notes and chords.

By assigning filter, envelope, oscillator and effects parameters to note velocity, aftertouch and any other controls that your keyboard outputs, you can create patches that morph and evolve with your playing.

To make your leads, basses and chords really stand out, try layering multiple synth parts on top of each other to form much larger, multi-voice sounds. This can usually be done by setting a number of MIDI tracks in your sequencer to the same MIDI channel, then a plug-in synth into each one.

It's a common trick in genres like drum 'n' bass and dubstep, where the bass needs to carry the tune. Layering a distorted, mid-range bass sound or two with a deep, low sub-bass from another synth can help you create huge bass sounds that fill out a broad range of frequencies.

Sometimes the best way to program a soft synth is to ignore the screen and just play around with the dials. Of course, this isn't really an option when you're relying on a mouse or touchpad, so it's a good idea to invest in a hardware MIDI controller, then assign your synth's various parameters to its rotary dials, faders and buttons. This also makes it much easier to use the synth as a performance instrument, on which you can manipulate filter or effects settings in real-time to increase the expressiveness of your playing.

Effects processes are an important part of synthesis. Adding a chorus will not only widen a sound in the stereo field, but can turn a simple string sound into a whole string section. Distortion can be used subtly, to add additional harmonics, energy or growl to the upper mid-range of a sound, or less subtly, emulating a guitar being overdriven into a guitar amp, for example.

Modular synthesisers expand the scope of what you can do with effects by enabling you to integrate them more deeply into the architecture of your patches. For example, adding distortion to an oscillator before it's sent to a filter is a classic technique for producing big synth leads.