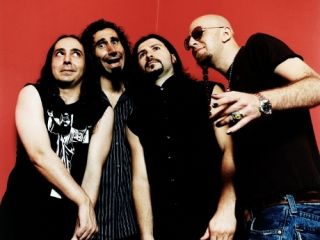 Download 2011 (10 - 12 June), the festival's ninth year, will see a headline set from a reunited System Of A Down and an appearance from Avenged Sevenfold.

Andy Copping, the festival organiser, told press, "I am pleased to say that Download 2011 is already shaping up to have another stellar line-up. To have the mighty System Of A Down headlining next year after a 5 year break is just fantastic, they're a world class band and I'm personally very excited to have them on the bill. Also, Avenged Sevenfold agreeing to come back and play at Download after the runaway success of their recent sold-out UK tour is a real privilege."

In addition, the festival has promised not to raise its prices from 2010 levels, which is sure to be music to metal-head's ears. If you want to be extra-double sure you're going, a small amount of early bird tickets for the 2011 festival are due to go sale on 3 December and will be available from the Download website.

Were you there last year? Then maybe you're in our Download 2010 gallery!