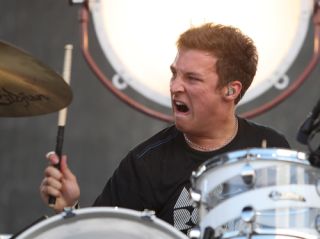 Arctic Monkeys drop their new album Suck It And See in just over a month and sticksman Matt Helders reckons it's a little different to 2009's Humbug.

He told The Fly that not only is their latest opus on the whole more melodic than its predecessor, it also marked a shift in songwriting style for the band.

Helders said: "There are bits in there that are heavy and bits that are fast, but in general a lot of the tunes are based on, I suppose, a more traditional way of writing songs. Starting off with chords and lyrics and melody and putting it all together, whereas before we wrote songs differently. This time, when Alex [Turner] was writing songs on his own, he tried a different approach, too."

Suck It And See is released on 6 June.