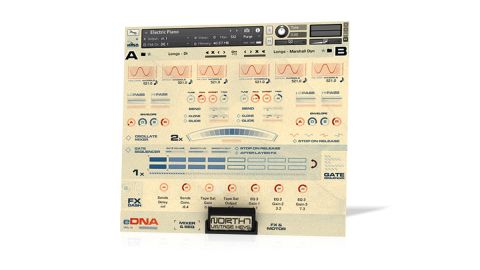 Another superb set from Spitfire.

The instruments  themselves comprise a Rhodes Stage 73, a Clavichord, a Wurlitzer and a 1962 Rhodes Piano Bass, all  sampled via DI as well as through a range of amps.

The eDNA scripted  engine might look like an odd choice, with its decidedly un-vintage, un-'keyboardy' GUI, but it's certainly powerful, and the three folders of presets created using its deeper functionality showcase its potential very well.

North 7 Vintage Keys is another stellar release from Spitfire, combining knock-out sounds - the Bass Piano, in particular - with excellent playability and an engine that is, if anything, more powerful than it needs to be.

However, this doesn't quite get a 5/5 score due to the fact that there's no included manual, which, at this price, beggars belief - particularly given that the inclusion of one is trumpeted on the web page!