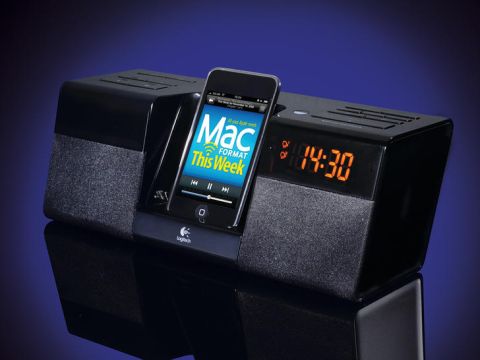 It's not going to replace your hi-fi, but as an alarm clock it's a superb choice

Alarm clock radios - and their made-for-iPod descendents - have always held a strongly diametric level of appeal.

For some, a varying pattern of sound waves each morning is a precursor to a missed train, while others are happy to banish the beep and rely on Survivor's Eye of the Tiger to kick-start their day.

If you fall into the latter category, the Pure-Fi Anytime might just be your new favourite toy.

Logitech entered the alarm clock market last year with the impressive Pure-Fi Dream, though its £170 MSRP afforded it limited appeal. The Anytime serves as its smaller, restrained sibling, focusing on waking you up rather than affective acoustics, while still providing much of the well-realised alarm functionality that made the Dream so appealing.