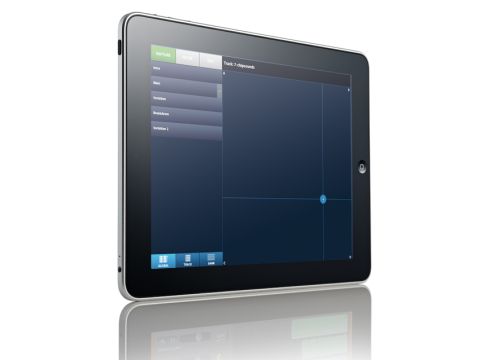 In the 12 months since the iPad's launch, Liine has established itself as one of its most interesting developers. The company's latest Ableton control utility is Kapture Pad, an app which allows you to store and recall snapshots of settings on the fly and which once again comes with a an endorsement from Richie Hawtin.

Based on a free Max for Live device launched late last year, the new version will run on any handheld Apple device with iOS 4.0 or above.

Running the app is then simply a case of opening Live and the Kapture Pad Connector program, then launching the app on your iPad and hitting the Auto Connect button. The relative simplicity of the app means that a few minutes spent flicking through the excellent manual should be more than enough to understand how everything works.

Creating a snapshot is simply a case of hitting the Kapture button in Global view, which captures all mixer and device settings, or Track view to capture all device settings for a given track. Snapshots can be renamed for ease of use, and recalling a captured setting is as simple as selecting a snapshot from a list.

Ingeniously, Kapture Pad allows you to filter which parts of your snapshot are recalled. In Global mode the filter allows you to choose which tracks to recall and which to ignore, whereas in Track view individual devices can be selected.

Filter settings can be adjusted on-the-fly, making it easy to come up with spur-of-the-moment adjustments to individual tracks and devices. In fact, there's nothing about Kapture Pad which is likely to interrupt the flow of your Live set.

With the multi-tasking features of iOS 4 it's possible to run the app alongside a clip launcher like Griid, switching back and forth between the two apps as you play. Snapshots can also be recalled using trigger tracks in your Live set, a seriously powerful option which allows you to recall Kapture settings automatically as part of an arrangement or on-the-fly by launching clips.

As great as the snapshot features are, Kapture Pad has another handy trick for creating original sounds. Morph Pad allows you to morph between up to four different track configurations using an X-Y pad setup.

Select a track, set up devices and Kapture the settings to up to four slots. Sliding a finger around the Morph pad blends seamlessly between the settings, not only allowing you to move directly from one to another but also to experiment with absolutely anything in between. Very clever and very cool.

Kapture Pad opens up dozens of options for creative use. Liine suggest that one of its main applications is as a safety net for improvisation.

In a live show or during a DJ set it's possible to go as crazy as you like tweaking settings and improvising with sounds, even morphing between settings, knowing you can always bring everything back to normal at the touch of a button.