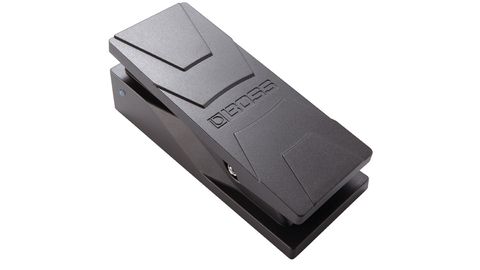 Its footprint may be small but this little guy is punching way above its weight.

The PW-3 is smaller and lighter than a classic Cry Baby, while still offering two distinct wah sounds.

Wide open, it sucks the bottom end out of your tone for that satisfying old-school squawk that Jimi put to such creative use on the likes of Voodoo Chile, and Eric Clapton used to paint Cream's White Room.

Aficionados like to 'cock' their wah pedals, finding a tone they like then parking the treadle (the bit you rock with your foot) in that position.

For instance, with the PW-3 wide open, we got pretty damn close to Mark Knopfler's Money For Nothingsound. Yep, a wah pedal is more versatile than you might realize.

Flicking the slider switch to Rich acts like an aural stock cube, beefing up the tone of the wah effect over its entire sweep. That's a real bonus if you use high-gain sounds in a line-up where you're the only guitarist and want to maintain the integrity of the band's bottom-end when you solo.

Okay, the PW-3 doesn't have the vintage appeal of a Cry Baby, but it's packed with just as much tone, built like a tank and is just the right side of affordable.