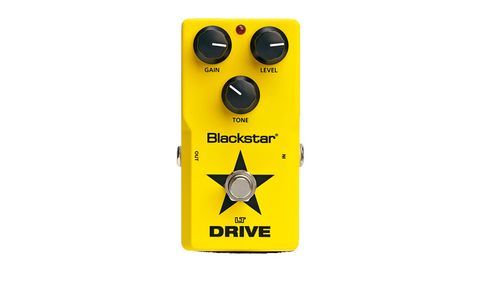 With a valve-like response and huge amount of volume on tap, the Drive is insanely good value for money.

Back in 2007, a fresh-faced British amp company unveiled a series of valve-loaded overdrive pedals that rocked the stompbox world. That plucky company was Blackstar, and those pedals came from the HT series.

The line sold like hot-rodded dirt cakes, but ever dedicated, Blackstar set out to deliver a new range of pedals that did away with the HT series' bulky enclosures and finicky power requirements: enter the LT Pedals.

The LT Drive is the lowest-gain stompbox of the new LT quartet, with a range of tones that covers a touch of hair to pushed drive.

It feels dynamic , whatever the level of dirt, and always remains faithful to the sound of your guitar. As with its HT series counterpart, the Drive doesn't include Blackstar's Infinite Shape Feature, but the tone control is incredibly well judged and usable across its entire sweep.

With a valve-like response and huge amount of volume on tap, the Drive is insanely good value for money, especially if you don't need the extra gain provided by its siblings.