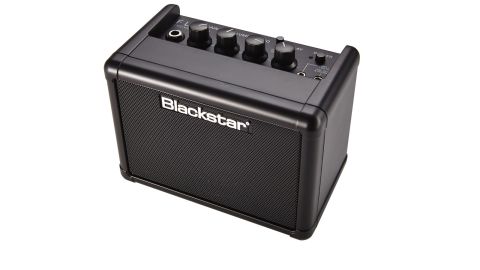 A huge innovation in a tiny field.

What's more, you can even buy an extension cab (£19.99) to create a stereo rig, which works brilliantly for playing tunes via the 3.5mm audio-in jack.

It's the tone that makes the Fly 3 such a resounding success, though; it sounds as good as practice amps four times the size, with a meaty bass response, American-style cleans and hefty gain. Dialling in a touch of tape delay helps to enhance the size of the sound, too.