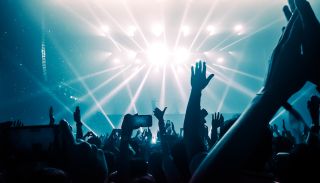 Hugely powerful promotion group Live Nation Entertainment's plans to cut the financial guarantees to artists signing up to live events with them in 2021 by 20%, revealed in a memo sent to talent agencies, have been met with outrage from a number of high profile touring musicians.

In addition, the company's conditions for when regular shows hopefully return next include a huge change in cancellation charges for the artists. If a concert is cancelled by a promoter as a result of poor ticket sales it would now only offer the artist 25% of the guarantee, instead of the 100% promoters are currently expected to pay. You can read the full text of the memo on rollingstone.com.

Update: Live Nation has now made its first response to this developing story. Speaking to Pollstar.com, co-president of Live Nation subsidiary C3 Presents, Charles Attal, has played down the contents of the memo to talent agency's suggesting dramatic changes between Live Nation and artists for live shows.

“Our relations and negotiations can never be boiled down to one, single one-way document, that’s not reality," Attal said. "We’ve gotten a lot of feedback from the artists. We’ve heard them loud and clear, we’ve revised it, we’ve gotten through it with them, and we’re already booking shows, with confirmed acts for 2021”.

“Live Nation will always be the artist-friendly company”, Attal added. “First and foremost, our job is to work for the artists, to branch into new territories, bring new business development to up-and-coming acts, and showcases for headliners to perform for huge, diverse audiences and develop new fans.

"These [festivals] take years to develop, and that’s our job. We are here to work for the artist. That’s it. We’ve been doing this for years, and it would be impossible without our great relationships with the artists”.

Obviously, coronavirus has effectively killed the live entertainment business since March, and all parties, including promoters, are facing serious, even existential challenges, and a shift in the balance of risk around live cancellations has long been mooted.

Speaking to billboard.com, one unnamed independent promoter said artists currently face virtually no consequences for last-minute cancellations. “If I have to cancel my festival, for whatever reason" they said, "I am expected to pay artists in full even if they didn’t help me sell a single ticket, and that’s not fair”

But it's fair to say that many artists didn't recieve Live Nation's overall proposals sympathetically.

"Sickening. This is corporate greed at its worst," said drummer Mike Portnoy on his Instagram channel, "....it’s bad enough that streaming services have already taken away almost all revenue for artist’s music, leaving the only way artists can make a living to go out and tour...then the coronavirus has taken away that income from us all for an indefinite amount of time this and into next year (& beyond?)...

"[And] now the greedy machine of Live Nation is changing their policies for when touring eventually does resume to remodel live shows to where the artists will have to struggle to make ANYTHING and at the same time be liable for THEIR losses!!!!"

Portnoy's furious reaction has been echoed by a number of other high profile touring artists, including recent US Billboard number 1 songwriter Jason Isbell.

"This ain’t gonna work, folks," he tweeted after seeing the list of conditions artists were expect to sign. "I’ll put on my own damn festivals I’ve done it before."

Look at the “streaming requirements” also. This ain’t gonna work, folks. I’ll put on my own damn festivals I’ve done it before. https://t.co/YtHZbm9TmFJune 18, 2020

Live Nation merged with Ticketmaster in 2010 to become Live Nation Entertainment and currently promotes and manages ticket sales internationally for thousands of events. It also owns and operates venues in addition to managing a range of musical artists.

Its huge power in the industry means artists choosing not to sign its new agreement could make national tours extremely challenging for many artists, especially less established names in the US that can't guarantee selling out venues.

Former Slayer and current Exodus guitarist Gary Holt was another musician who made their opinions on the move clear via Instagram below. "This could be the final nail in the rock and metal coffin," he said.

So live nation has decided life has been hard on them, so now they’re gonna pay artist 20 percent less, only pay 25% when a promoter cancels, versus the usual 100%, but if you cancel they want double your guarantee back. And 30% of your merch to go with it. This could be the final nail in the rock and metal coffin. That lost 20 percent now comes out of a bands merch, which they take a bigger cut of. Satan forbid you have to cancel a show due to illness. Swipe to see how much these people made last year and see if your heart bleeds for their lost revenue. Saw this posted by @robbflynn after reading it on @loudwire so I thought I’d check their finances. Lame Gary Holt

DJ/producer Dani Deahl also weighed in on another new condition.

Live Nation wants artists to pony up for show cancellations in 2021 🤔"if an artist cancels a performance in breach of the agreement, the artist will pay the promoter two times the artist’s fee"*TWO TIMES*Reminder that average musician income is 35khttps://t.co/P5SHb4bHQAJune 18, 2020

"We are fully aware of the significance of these changes," it stated, "and we did not make these changes without serious consideration. We appreciate you – and all artists – understanding the need for us to make these changes in order to allow the festival business to continue not only for the artists and the producers, but also for the fans."

Billboard also cites a source 'close' to Live Nation who said the memo is a framework for negotiating 2021 events, adding that none of the proposed policies are set in stone.

Last month, LA-based promoters AEG issued its own memo to venues, saying that “all deals in 2020 will be renegotiated regardless if they went on sale before the start of the crisis,” and that where a show was less than 90% sold out the guaranteed artist fee will be reduced “25% to 50% of original all-in guarantee based on sales before postponement.”

MusicRadar will be following further developments closely, and we've reached out to Live Nation for comment.