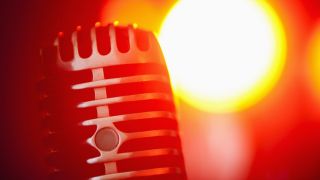 Where would we be without the microphone? (Image credit: Tetra Images/Corbis)

While it's true to say that the history of popular music has been shaped by the people who created its songs, we should also celebrate the technological innovators. We're talking about the individuals and companies that invented the gear that's enabled the soundtrack to our lives to be recorded, mixed and delivered to our ears.

Which, though, is the most important innovation of all time? It's a tough call, which is why we're not going to make it. Instead, we're putting it to the public vote: our shortlist contains what we think are the most groundbreaking developments in music technology history, and we want you to put a click in the box next to the one that you think is the most significant.

Of course, it's hard to make comparisons - all of these innovations have changed the music making world in one way or another - but we want you to select the one that you think has had the biggest impact. We'll bring you the results of our poll soon.