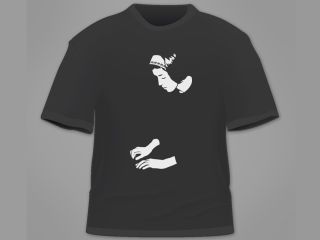 A tantalising glimpse of what you could have had...

The enduring popularity of electronic music pioneer Delia Derbyshire has been borne out with the news that a T-shirt featuring her image sold out in less than a day.

On Sunday, a post on Analog Industries showed the design of the $18 shirt, and asked those who wanted one to make a reservation via email.

However, later that same day, an update read: "I'm cutting off all reservations right now, as we've reached the limit of what I can deal with without outsourcing this thing to India."

Sadly for MusicRadar and others who missed out, this was a once-only run, so there's little likelihood of you getting hold of a Delia T-shirt now if you haven't already registered you interest.

That said, Analog Industries does say that a couple of dozen may be available once all the current orders have been fulfilled, so keep your eyes peeled.

It also has plans to make more icon-inspired shirts, with Stockhausen being one name that's already been mentioned.