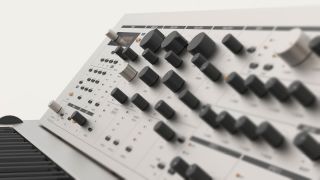 What do you think he's been up to?

Famed synth designed Axel Hartmann, who's previously worked on instruments from Waldorf, Alesis, StudioLogic, Moog, Access as well as the self-branded Neuron, has taken to Facebook to tease something new.

Said to based on the Waldorf synth engine from the StudioLogic Sledge, this will apparently be a very limited edition instrument (only 20 black and 20 silver models will be made) and will be constructed from an aluminium shell and feature a control panel and knobs made from the same material. It's also said that it'll contain the sample set from the Hartmann Neuron.

We await further details with interest - not least some indication of how much this thing is actually going to cost.