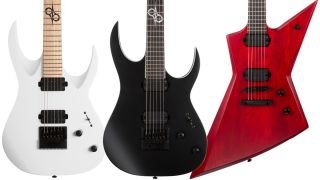 “It has always been all about designing a modern, sleek and simply elegant guitar that is easy to play and sounding absolutely awesome with any gear or studio recording being thrown at me,” says Ola.

“I finally created what, for me, has become the ultimate songwriting and touring companion.”

Take a look at each of the new models below, and head over to Solar Guitars for full specs.