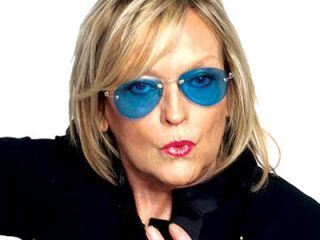 PRESS RELEASE: Radio 1 DJ Annie Nightingale MBE best known as Britain's first female DJ on Radio 1 is to judge Live and Unsigned the UK's biggest music competition for original artists for the fourth year running and will be judging at three of the Area Final shows this year.

The former presenter of the BBC's OId Grey Whistle Test can't wait to be involved again, "I am as enthusiastic as always at discovering new music talent. I look forward to hearing and seeing the finalists at Live and Unsigned, and will do my best to encourage them on their way to an exciting and successful future. Bring them on!

"This is great exposure - competing in a competition like this will get you recognised and winning it will attract interest. But there's a lot more to it, it's a long haul to be successful in this industry. I think bands need to ensure they are getting out there and building a fan base and getting hits on You Tube. Then it's about finding the right people to represent you - making sure you have good people around you that can open doors. If you've got the talent, you just need to surround yourself with people who believe in it and can represent you in the right manner."

Annie Nightingale the first ever female presenter on BBC Radio 1 is now Radio 1's longest serving broadcaster having been with Radio 1 over 40 years and remains the only female DJ in the world to have been honoured with an MBE by The Queen.

Annie's career has been a fantastical musical journey beginning with hanging out with the likes of The Beatles, The Rolling Stones and The Who, and becoming a journalist and TV presenter. Having cracked the all-male preserve of DJs at Radio 1, she began a long and dedicated career in broadcasting at the BBC. Always insisting to choose her own music, Annie championed dozens of artists who later became worldwide successes.

"Be passionate and be committed. It's all about confidence. I also think honesty is great - there's something endearing about someone making a mistake or perhaps not being completely polished. Don't try too hard to be anyone else and believe in yourself."

This year the winners of Live and Unsigned will take home £10,000 in cash to spend on developing the act as they wish. They'll also get a further £10,000 spent on publicity and will take on a UK tour of up to 100 shows. Live and Unsigned is also offering festival slots in Sweden, Italy, Latvia and Ireland, as well as gigs at UK festivals like Beach Break Live and Relentless Energy Drink Boardmasters.

For more information on Live and Unsigned and to perform in front of judges such as Radio One's Annie Nightingale, sign up for Live and unsigned for next year!