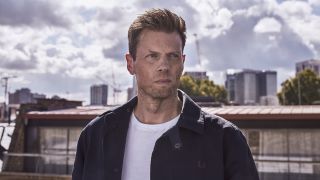 The founder of the Glasgow Underground label, Kevin McKay has spent the last 20 years releasing both his own music and that of other artists, including Romanthony, Motor City Drum Ensemble, Dixon, Gerd and DJ Q. He also collaborated with Mylo on his 2004 album Destroy Rock & Roll.

Mr McKay has plenty of experience in his pocket, then, so we asked him to share it and tell us what he’s learned about this thing we call music production.

“When you make a track, don’t think about what is ‘cool’ - instead, think about what you really want to hear. Whatever style of music you are going for, make sure it’s something you are really into and create something that you’ll love listening to. If you think that no one else is doing things like you, don’t worry - that’s a good thing! So, if, like me, you’re making dance music, think about what sends you nuts on the dancefloor. Don’t be concerned with whether certain labels or DJs will like it - you might be able to second guess that once or twice but not throughout your career (and you want to do this forever, right?). No one’s ears and taste are going to be as important to you as your own.”

2. Don’t worry about what you don’t know

“I used to sit down in front of my equipment and have all these amazing ideas in my head, but they involved me having the combined skills of Mood II Swing, Kruder & Dorfmeister, Masters At Work, Stevie Wonder and Marvin Gaye. I would sit paralysed by my own desires and frustrated with my own inabilities.

“I would then go off and try and take piano lessons, or buy books on music theory. Both of those things were a bit pointless. With the former you realise that, unless you start early and have a lot of time to devote to it, you’re not going to be good enough to turn off the Quantize button any time soon, and with the latter you realise that a lot of musical rules are made to be broken and the only thing that matters is that it sounds good.

“So, what did I do? Just focused on what I was good at. I didn’t understand chords too well, so I just focused on beats and samples. I wasn’t making the music to rival my heroes, but I was making people dance and I was learning way more than when I was a frustrated-sat-at-the-keyboard guy! And then, once you know what you are good at…”

3. Work with people who can do the things you can’t

“Not everyone is going to be as good at everything as Prince was, but that doesn’t mean you shouldn’t aspire to making as records as good as his. If your dance track needs something that you can’t do, find someone who can.

“In the past, when labels signed artists with raw talent, they might put them in the studio with a producer or send them on some writing sessions with experienced writers. In most cases these days, dance labels want finished tracks that are ready to go, so act like the old labels used to and gather the people around you to make your music the best it can be. And if you are still stuck…”

“So, grab your fave floor-fillers and work out how they were made. Sometimes, these fun projects can end up as actual releases, as DJs always love a new spin on a classic cut. Lastly…”

5. Don’t have all the gear and no idea

“When you are doing all the above, I think it’s much better to do it with equipment (be that your DAW and VSTs or physical synths and outboard) that you know and understand 100%. A lot of the synths on the market do very similar things, so there’s not much point in having loads of them that you just flick through the presets on. It’s a much better idea to buy something and spend a good amount of time working out everything it can do. With all the tutorials on YouTube these days there is no excuse not to! Only then should you move on to something else.”