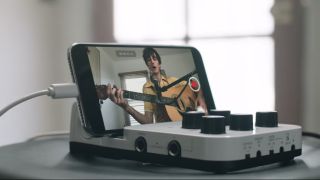 Around the turn of the year, we began hearing about a mysterious coronavirus taking hold in parts of the world. COVID-19 has now reached the West and its impact has been huge.

From the mass closures of schools and public facilities, to the introduction of social distancing and self-isolation; this has been a crisis unlike any we’ve faced in recent history.

We’ve all become extremely familiar with the term ‘self-isolation’ and are adapting to a life much less ordinary. For musicians, particularly those for whom music forms a livelihood, a significant part of our existence – performing our tracks to a live audience – has been taken away instantly.

But we’re nothing if not creative, and through technology we have found ways to keep the wolf from the door, so to speak. The surprising part? It’s videogamers we have to thank…

Live-streaming, where the user broadcasts live via the internet, has surged in popularity within the gaming community. Platforms like Twitch and YouTube enable anybody with the right equipment to stream themselves in real time and build a fanbase. And, as we all face a period of undefined quarantine, musicians have been quick to utilise new methods to maintain connections with their fans.

Already we’ve seen artists as diverse as Code Orange, Coldplay and Neil Young make use of live-streaming to reach the millions of people cooped up across the globe.

The best news? You’ve probably already got most of the equipment you need to start doing it yourself. Allow our guide to live-streaming explain how.

There are a few different methods of streaming live, but most will already be familiar to you. YouTube, Facebook and Instagram all offer instant ‘go live’ functionality, enabling quick and easy access to take your music to the world. For a more specialist streaming experience, sites like Twitch and Mixer have extra features designed to attract a community and reward followers.

Each option will have benefits and drawbacks, depending on what you want to achieve. Let’s look in more detail at the platforms.

As the big name in online video, it’s only natural YouTube would have a strong streaming offer. A huge benefit is that everybody knows YouTube, so you’re not asking people to sign up for apps they wouldn’t normally sign up for. That said, there is one significant drawback; the live-streaming service itself is only open to channels, brands and artists with an existing channel and over 1,000 subscribers.

If you’re in that category, great. It’s easy to recommend YouTube to you. If not, you perhaps can concentrate more on building your channel using pre-recorded content. Recording videos, and getting into the habit of doing it regularly, builds your skills in presentation and production which can only benefit you when you come to stream.

If you’re one of the 1.6 billion daily users of Facebook, you’ll more than likely have come across Facebook Live already. If you’re a musician or artist, chances are you already have a fan page on there, making it an even more attractive option for streaming. What marks Facebook out as different than, for example YouTube, is that Facebook profiles are often thought of as the ‘home’ for a band.

This means live broadcasts on there have the ability to go further than concerts or rehearsals. We’ve seen plenty of examples of bands streaming all manner of things, from loading in at the start of a show, through to in-studio downtime sessions. These all add to the idea that there is a group of real-life people making the music, which in turn helps form closer bonds with their audiences.

Although aimed predominantly at gamers, Twitch has carved itself a great niche as a place to build a community in many different areas. You’ll find people streaming almost anything within reason, from arts and crafts through to self-help lectures.

Where Facebook and YouTube benefit from being well known outside of live-streaming, Twitch benefits because live-streaming is all that it does. And it does it superbly, with a number of features designed specifically to help ‘Twitchers’ promote themselves in-broadcast.

Things like the ability to appoint moderators, reward ‘VIP’ subscribers with special perks, and receive instant financial tips from viewers. If live-streaming is a key part of your longer term aims then this could well be the platform for you.

One thing to note is the need for a streaming application, where you set up your microphones, cameras and other elements. There are paid options, like XSplit, but apps like Streamlabs and OBS offer a great free alternative.

While the three options mentioned previously offer substantial, feature-filled avenues for live-streaming, Instagram focuses more on the ‘instant on’ form of broadcasting. As a result, it’s unlikely to be the best choice for longer form streams, but as a way of augmenting the other platforms’ offers it certainly has its place. Streaming in Instagram is as simple as pressing the camera icon at the top left of the main feed.

Feeds are recorded and published as Stories, and disappear after 24 hours making them ideal for some situations. You could, for example, stream yourself talking your audience through the process of setting up your gear, before switching to one of the other channels for the actual performance.

Each of the methods above has positive and negative elements. Our advice? Don’t feel you have to stick to one platform. Facebook is naturally geared towards servicing an existing fanbase, whereas Twitch could help you build an entirely new one. More important, arguably, than where you stream is how you stream. Let’s look at some best practice for anybody new to the medium.

4 tips for achieving the ideal stream

Before you reach for the ‘go live’ button, you will want to ensure your streaming system – be that mobile, laptop or desktop – is optimised and ready. Some good pointers to start include muting notifications on your mobile or closing inactive applications on your computer. This frees up valuable processing power and makes sure there are no awkward interruptions in your stream. A good, solid broadband connection is a must too.

2. Perform to the camera

While it might be strange at first, you have to think of the lens on the camera as the target of your attention. We’ve seen live-streams before where it feels almost as if you’re watching through a window, and while that has a place, it doesn’t always feel the most inviting to your viewers. Acknowledge the fact your audience may be on the other side of the world, and make sure to engage them through direct interaction.

3. Get the sound right

It may seem obvious to a musician, but having a great quality audio signal is a must. We outline a few options below for getting your audio into the stream, but as a general principle try and ensure the signal is clean, balanced and not peaking. If you have the equipment to enable direct inputs, either via an audio interface or the mic input on your camera, use these. Smartphones are wonderful things, but they aren’t geared towards filming full band rehearsals with crystal clear audio.

Videographers know that what’s happening in the frame around the subject of a film is as important as the subject itself. Take some time to evaluate the scene you’ll be showing viewers and dress it accordingly. A modern streaming staple involves decorating a space with RGB lighting and other items to add colour and interest to a scene.

You want viewers to wish they were in the room with you, so make it an environment they’ll find visually appealing. Also, consider where people will be viewing your stream; if you’re filming for Instagram shoot in portrait mode, for anywhere else landscape is the way to go. And, of course, lighting – make sure your streaming space is well-lit and your viewers will actually be able to see what you’re doing. That’s the idea, right?

To point you in the right direction, we’ve got a few bits of essential kit to help your streams look and sound as good as they can.

If you plan on using a smartphone as your primary streaming device, the Roland Go:Mixer Pro is a handy tool allowing you to connect up to nine separate inputs and mix them accordingly. This includes microphones, guitars and line-level inputs, meaning you could realistically stream full band performances easily. The Go:Mixer also runs off your phone’s power, and even has a dedicated space to hold it in place while you’re live.

For laptop and desktop users looking to improve the visual side of things, we would recommend the Logitech C2922x webcam. This specialist webcam has been optimised specifically for use in streaming, and offers snappy autofocusing and a wide viewing angle.

Another staple on the streaming scene, the Blue Yeti USB microphone offers a vast improvement on the built-in microphones you’ll find in a phone or camera. We see these used a lot by singer-songwriter performers in their streaming sessions, making use of the four available pickup patterns to suit different applications like vocals, instruments and speech.

While action cameras are more widely used in sports applications, the GoPro HERO8 also features the ability to stream directly in HD, as well as record video in 4K resolution. It’s small enough to be unobtrusive, yet produces a superb quality image, and is ideally suited to being part of a multi-camera setup.

To give your audio a professional edge, and loads of flexibility, a good quality USB audio interface is a must. The Presonus Studio 1810c features a total of 8 available inputs, meaning entire multi-microphone setups can stream in exceptional clarity. Another benefit of the Presonus is the included Universal Control app, which enables ‘loopback’ audio. If you’re a PC user, this is essential due to issues with ASIO drivers and the internal routing of audio. The Presonus solves this problem instantly.

There are plenty of different methods to ensure your scene is illuminated nicely, but we’ve opted for a Neewer LED kit with two powerful LED lights which can be dimmed to achieve the perfect balance. Alternatively, for solo streamers, a ring light situated in front of you will ensure your face is clear and free of shadows.