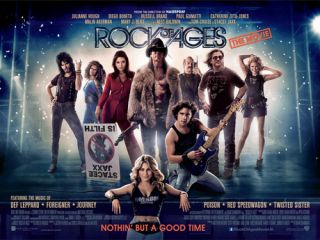 To celebrate the release of the feel good film of the summer - Rock of Ages (in cinemas from today - 13 June) MusicRadar's teamed up with Fender to offer you the chance to win a Jackson JS32T Kelly guitar.

Rock of Ages tells the story of small town girl Sherrie and city boy Drew, who meet on the Sunset Strip while pursuing their Hollywood dreams.

In Rock of Ages, this actor plays legendary rocker Stacee Jaxx. He is a three-time Academy Award nominee for his performances in Born on the Fourth of July, Jerry Maguire and Magnolia.

He is also known for his starring roles in action films such as Top Gun, The Last Samurai and the Mission Impossible franchise. Name this actor.

Head to the Rock Of Ages competition page to enter!

By taking part in this competition you agree to be bound by the terms and conditions below and the Competition Rules which can be viewed at www.futuretcs.com.