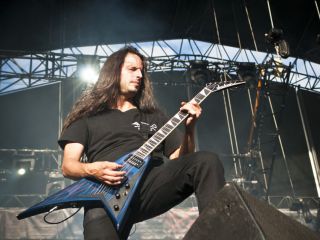 Exclusive to MusicRadar, here's a preview of innovative metallers Gojira's new live DVD The Flesh Alive. The track's called Oroborus and it was filmed at France's Garorock Festival in 2009.

The full Flesh Alive package includes a 93 minute live film of the band's Garorock Festlival appearance, an 80 minute show filmed in Bordeaux, a 15 minute set from Les Vieilles Charreues, a live album and an hour long documentary on the making of their 2008 album The Way Of All Flesh.

In addition, Gojira are also set to release their fifth album L'Enfant Sauvage on 25 June.