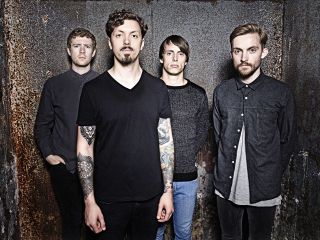 It's easy to see why Empress AD impressed Roadrunner records with their sound; inventive and surprisingly mature for a young UK band, they also have a heavy attack a heavy attack like a sharp-tusked Mastodon.

In these new videos, vocalist / guitarist Ollie Loring and guitarist Tom Meadon take a break on the road to give us insight into the gear choices behind their sound.

Empress AD headline their own run of UK shows at the end of the month before heading out at the beginning of December to support Bristol's riff machine Turbowolf on the Download Freezes Over tour. Get the dates for both runs here.

The band's debut album, Still Life Moving Fast, is out now on Roadrunner.