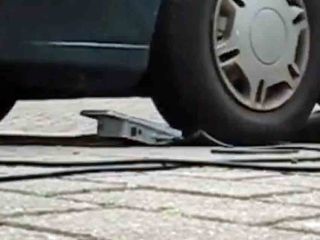 OK, maybe we exaggerated a little with the "tested to destruction" tag, but watch the video above to see some Electro-Harmonix fans showing off the rock-solid build of their new Crying Tone wah wah pedal, with the help of a car and, er, a strong throwing arm.

Guitarist magazine caught up with Electro-Harmonix's enigmatic founder Mike Matthews earlier in the year for an in-depth interview about the history of the effects company, his famous friends (among them Jimi Hendrix) and the firm's future plans.