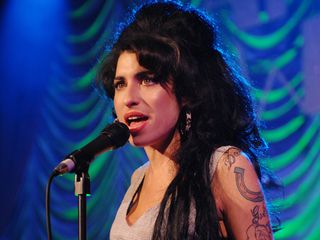 The last recording of the late Amy Winehouse has been released today, 14 September, on what would have been the singer's 28th birthday. On the jazz standard Body And Soul, Winehouse collaborates wondrously with the legendary Tony Bennett.

The track will be included on Bennett's upcoming Duets II, on which the crooner is joined by other notable singing stars such as Lady Gaga, Queen Latifah and Willie Nelson.

The song and video for Body And Soul were recorded on 23 March at Abbey Road Studios in London. The proceeds from its sale will be donated to the Amy Winehouse Foundation.

"We had a beautiful time recording together in the studio, and I knew that Amy was very happy with how she performed that day," Bennett said in a statement. "I thought she was absolutely brilliant, and this recording truly captures the essence of her unique artistry. She was a rare talent."

In behind-the-scenes footage of the sessions, Winehouse described her father Mitch's reaction to the news that his daughter would be singing the song made famous by such icons as Billie Holiday, Ella Fitzgerald and Frank Sinatra. Mitch, also a singer who released his debut album earlier this year, told her, "Oh, it's only my favorite song in the world. Oh my God, do you even know it?" Amy recalled.

In the video, Winehouse is clearly starstruck, tugging at her sweater and twirling her hair nervously while casting her eyes admiringly at Bennett. But she can't hold back her gift, and the way she wraps her voice around the melody, twisting it effortlessly and poetically, is simply astonishing. When the two vocalists embrace at the end, it's both heartwarming and bittersweet.