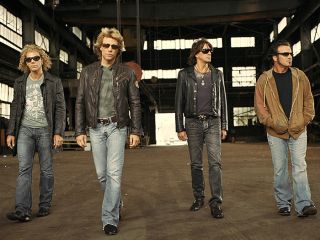 The rock legends return to the UK this month.

As a special preview for their forthcoming UK dates, legendary rockers Bon Jovi are set to stream the first 30 minutes of their concert at Munich's Olympic Stadium online this coming Sunday (12 June).

Come back here at 6pm Sunday to watch the concert live via the Ustream player above.

Bon Jovi's UK dates kick off in Edinburgh on 22 June. The dates will be the band's first UK shows since playing 12 nights at London's O2 last summer. Full list of dates below: