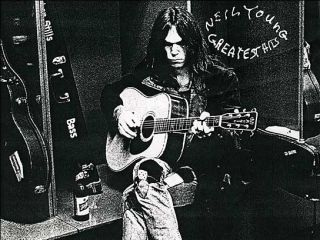 Neil Young: thrilled to have a spider named after him

"There are rather strict rules about how you name new species," Bond said. "As long as these rules are followed you can give a new species just about any name you please. With regards to Neil Young, I really enjoy his music and have had a great appreciation of him as an activist for peace and justice."

Bond came across the trapdoor spider last year in Jefferson County, Alabama, and he and co-author Norman Platnick later formally described the species in a journal article.

To identify the ‘neilyoungi´ spider as a new species, the scientists examined both its physical features and genetic material. In general, taxonomists rely on differences in genitalia to distinguish one spider species from another and spiders apparently have some of the most elaborate genitalia in the animal kingdom. MusicRadar can´t comment on whether this is also the case for Neil Young. We don´t want to think about that, to be honest.

Young isn´t the first musician to have an animal named in his honour. Paleontologists obviously have a good sense of humour, in the past naming newly-discovered dinosaurs after Mick Jagger (Aegrotocatellus Jaggeri) and Mark Knopfler (Masiakasaurus knopfleri), as well as all of the Sex Pistols (yes, Artctialymene Viciousi, Artctialymene Rotteni et al).

How can that be?