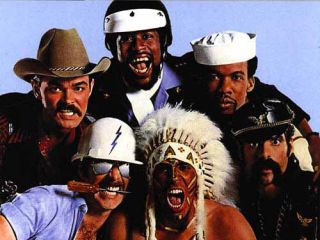 People from all walks of life end up in the music business.

To be honest, it didn't really need a survey to tell us that quite a few people would happily trade in their regular job for a life as a rock star, but that's one of the revelations of a new poll conducted by O2's undiscovered music programme.

What is slightly surprising is that only 20% of people surveyed said that a career in the music business would be preferable to their current job - MusicRadar would have predicted a much higher figure.

Apparently, it's builders who would be most keen to down tools and pick up a guitar - maybe the construction worker from The Village People is an inspiration - while many doctors fancy themselves as rock stars too (and not just those whose surname is Hook).

On a more serious note, O2's poll also reveals that 75% of people who took part weren't encouraged to pursue a music career by their parents or school, and 50% felt that their school didn't give them enough information about careers in the music industry.

However, this might simply be because the people in question were dreadful musicians.