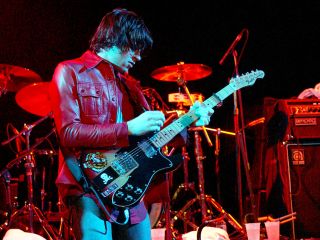 Ryan Adams attended Ronnie Jame's Dio's funeral last month, and the experience moved him so much that he wrote 11 new songs in tribute to the late singer.

He added: "I am official[ly] very excited again."

Known primarily for penning alt-country, pop and rock material, Adams has recently become enamored of heavy metal. Recently he released the sci-fi metal concept album titled Orion. Check out one of its tracks, Electro Snake, below: