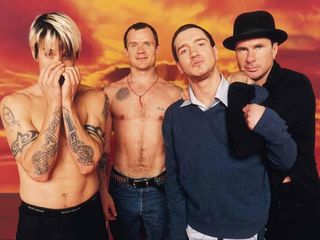 Losing their cool: The Chilis' sound isn't going to be infused with French funk.

Music is saved - it turns out that Justice won't be producing the next Red Hot Chili Peppers album after all.

Last week, MusicRadar (and many others) reported that this dubious creative partnership had already been agreed, but it turns out that, while Chili Peppers singer Anthony Kiedis is a fan of the Gallic electro-funksters, he has no plans to work with them.

The confusion stems from comments made by Busy P, boss of Justice's label, Ed Banger Records. What he actually said was that he would "love to see Justice producing the Red Hot Chili Peppers", not that it was on the cards. Kiedis had previously been spotted wearing a Justice T-shirt.

Busy P has also said that he'd like to see Justice producing Justin Timberlake, but there's no suggestion that this will actually happen, either.

Other bands that the duo won't be working with include Led Zeppelin, The Sex Pistols, Kajagoogoo and The Beatles.