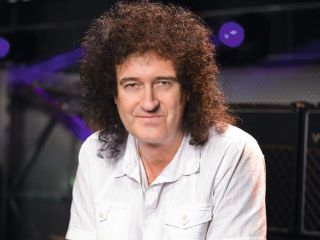 Back in the early '80s, Jackson, who passed away on 25 June, and Mercury had worked together on demos of songs that were never heard by the public - and possibly were never meant to.

Speaking of the songs, May said, "He (Jackson) used to come and see us when we were on tour in the States. He and Freddie became close friends, close enough to record a couple of tracks together at Michael's house, tracks which have never seen the light of day."

Of the songs that are on YouTube, State Of Shock was demoed by Jackson and Mercury, but the final version the the track was recorded by The Jacksons and Mick Jagger and included on The Jacksons' 1984 album Victory.

On the other hand, the ballad There Must Be More To Life Than This was never included on any album, either by Michael Jackson, Freddie Mercury, The Jacksons or Queen.

Fuming about the clips, May summed up the situation thusly: "The music thieves at work as usual."

What's interesting, however, is the fact that both tracks have been available on YouTube for three years. Why May is choosing now to speak out against them - has he just been made aware of their existence? - remains something of a mystery.